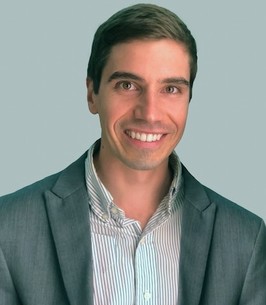 James Chase Hartney, 33, originally of St. Petersburg, FL, passed away surrounded by loved ones on August 24, 2022. The cause of his death was a tragic car accident in Pensacola, FL, when another driver lost control and struck his vehicle head on.

James was born on June 21, 1989, to Neil and Jaleen Hartney, in St. Petersburg, FL. James graduated from Lakewood High School Center for Advanced Technologies in 2007. He then earned both B.S. and M.S. Degrees in Mechanical Engineering from The University of Florida and The University of Cincinnati, respectively.

While working for GE in Cincinnati, Ohio, James met his soul mate, Sara. James and Sara were married on August 6, 2016, in Poughkeepsie, New York. Together, their passion for nature and the great outdoors led them to the state of Colorado where they established a life of skiing, hiking, camping and mountain biking. They hiked magnificent trails, skied fresh powder, camped in isolated mountain forests, and made lifelong friends, all while surrounded by the majestic mountains of the land they loved.

Freedom to roam was one of James’ preeminent pursuits in life. He invested in himself and led a simple life in order to make this a reality. While working full time as an engineer for GE and Sierra Nevada Corporation, James pursued various entrepreneurial pursuits including real estate investing where he remodeled and sold nine homes. He ultimately focused his full attention on two companies he founded, National Catastrophe Engineering and Vogel Construction Group, which he was successfully operating across the Southeast US at the time of his death. James was in the prime of his life and was ready to recognize his full potential.

James recently remodeled a used Dodge Sprinter van into an RV, complete with a kitchen, bathroom, and bedroom supported by solar, gas, and electrical AC/DC battery systems. James constructed this astounding vehicle so he and Sara could travel and explore the great outdoors. He designed and completed the van all on his own, a true testament to his industriousness.

James was a giver until the very end. Through his selfless gift as an organ donor, he granted new life to several unknown individuals. This choice was in perfect keeping with his approach to life; practical and logical in everything he did. It was logical to pass on what he could no longer use to those in need. The Hartney Family hopes that the recipients of his gifts will take time to stop and see the stars through his eyes and spread love to all they cherish with his heart.

A funeral mass is to be held at St. Paul’s Catholic Church, 1800 12th St N St. Petersburg, on September 10th at 12:00 pm with a Celebration of Life to follow. James never went hungry and believed no one else should. In lieu of flowers please send donations to Feeding America in his honor.