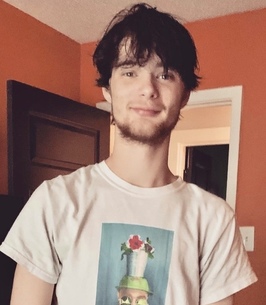 It is with great sadness that we announce the unexpected passing of our son, Jeffrey Noah Fritzinger, 18, on July 2, 2022. Noah was born on October 29, 2003 to Joseph and Mary Fritzinger.

In addition to his parents, he is survived by his sister, Amber Bowman and his nephews, Brantley and Jude Bowman; his sister and brother-in-law, Deana and Adam Singletary and his nephew, Remington Singletary; his brother, Zachary Fritzinger; his aunt and uncle, JoAnn and John Moore and his cousin, Shaun Moore; his aunt, Caroline Jenkins and his cousins, Austin and Shelby Hall, Kyle Watson; his aunt and uncle, Christina and Don Campbell.

Noah started out his life in Phenix City, AL where he enjoyed school and played basketball and football in Smiths Station, AL.

In 2011 he and his family moved to Pensacola, FL where he continued to enjoy sports and the beach. As he grew older his interests moved on to skateboarding and hanging with his friends. Noah also had a love of fishing, the mountains and music which he would play as loud as he could in the car or the house. And don’t pass a Popeyes, he loved a spicy chicken sandwich.

Noah is a 2022 graduate of Escambia High School.

Noah had a smile that would light up a room and just draw people to him. He had such a loving and compassionate soul.

His sudden passing brings us great sorrow and we will forever miss our beautiful boy.