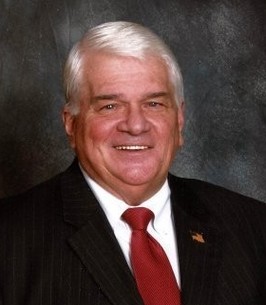 John Walter Mallette, 77, of Pensacola, FL, peacefully passed away of natural causes on July 25, 2022, surrounded by family and friends.

John was born on June 30, 1945, in Braggadocio, MO, to the late Hilda and John Darling Mallette, Jr. The family moved to Pensacola, FL where he graduated from Escambia High School in 1963. He later went on to serve as a Sergeant in the United States Air Force during the Vietnam War.

For the next 40 years, John worked in various roles and ultimately became an Owner/Consultant of a Thermal Dynamics company, where one of his proudest accomplishments was a Thermal Dynamics patent. After retirement, he spent his time enjoying his passions such as playing golf, watching sports (football, baseball, golf), spoiling his grandchildren and spending quality time with friends.

John will be dearly missed by all who knew him; he was always the brightest light in the room. His storytelling and sense of humor would always bring joy and laughter to all around him.

The family invites all friends and others whose lives were touched by John to attend the memorial service on September 2nd at 2:30 p.m. at Barrancas National Cemetery.

In lieu of flowers, memorial donations may be made in John’s name to the Vietnam Veterans Memorial Fund (https://www.vvmf.org/Support-VVMF/) or the Florida Yorkie Rescue (floridayorkierescue.com).