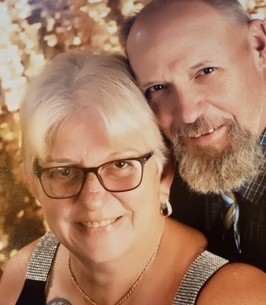 Karen R (Shehadi) Sauer ,64, of Milton, FL, passed away on August 22, 2022 after a short illness. She was born on May 25, 1958, in Syracuse, New York to Frederick & Charlene Shehadi. On April 22, 1978, she married the love of her life, Robert E. Sauer, for 45 years.
Karen attended C.W. Baker High School in Baldwinsville, New York. After graduation she traveled as military wife for many years, until settling down in Severn, Maryland for 25 years. Then they moved to be closer to her grandsons and family in Florida over the past 5 years.
Karen is a loving wife, mother, grandmother, and sister. Karen loved nothing more than spending time with her grandsons and family. She was an Army & National Guard wife who kept the military families informed and united them to be active in the support of their loved ones. Karen was always the life of the party. She loved camping with her family, loved to catch up with old friends, and befriended everyone she met.
Karen is survived by her husband Robert E. Sauer; her three sons, Robert E. Sauer II(Carol), Michael J Sauer (Kristen), and Nicholas D Sauer; two grandsons, Kaleb and Aiden (Michael & Kristen); and grand fur babies were just as much a part of the family; siblings, Frederick M. Shehadi III(Susan), David E. Shehadi, Abigail J. Shehadi and Kristin R Gilbert (Matt), and 10 nieces and nephews.
The family is requesting a Celebration of Life gathering, to be planned and announced at a later date.
Contributions in her name to be made to Fundraiser by Michael Sauer : Robert & Karen Sauer at gofundme.com.