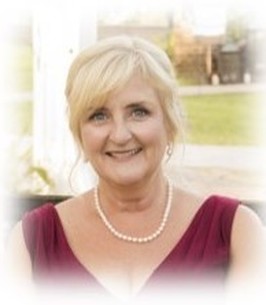 Laura, a native of New York, was born September 10, 1960, in Queens, NY to Catherine Keegan and the late Joseph P. Keegan. While Laura was an infant, the family moved to Smithtown, NY where she grew up with her five younger siblings and graduated from Smithtown High School West in 1978. Shortly after graduation, Laura enlisted in the U.S. Navy. As a member of the Naval Security Group Command, she served tours in Maryland, Florida, Scotland, and Okinawa, Japan. She attained the rank of Senior Chief Petty Officer and earned her Bachelor of Science degree from the University of Maryland University College before retiring in 1999. While stationed in Okinawa, she met and married her husband of over 37 years, John Garlock. Following John’s retirement from the Navy in 2004, the family moved to their current home in Cantonment, FL. Here Laura became much more involved in the church and community. She served as President of St. Annes Conference of the St. Vincent de Paul Society which provides food and other support to the less fortunate. She was also active in the American Cancer Society and Habitat for Humanity.