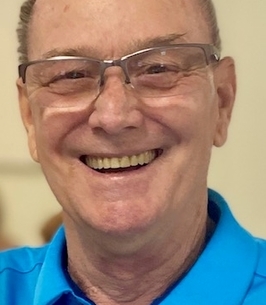 Loren R. Dyer of Pensacola, Florida went to be with our Lord and Savior on September 4, 2022, after his brave and courageous battle with Lymphoma.

Loren was born to Clarence and Opal (Alger) Dyer in Novinger, Missouri in 1949. He graduated from high school there with the class of 1967 and began working right away in construction, ultimately as a Laborer for the Missouri Laborers Union. He had a great love for classic cars and playing the guitar. In 1979 he married the absolute love of his life, Mari Richards, while continuing to work for Laborers Union in Missouri and later in Florida when they moved their family to Pensacola. Loren retired here in 2007 and spent his days enjoying the beach life, recently celebrating 42 amazing years of marriage this past year with Mari.
He was preceded in death by his loving parents and two brothers, Eugene Dyer and Richard Dyer; and two sons, Steven Dyer and Brandon Coslet.
Loren is survived by his loving and devoted wife, Mari Dyer; two beautiful daughters, Desere’(Jordan) Majerus of Cantonment, Florida and Cierra Dyer of Pensacola, Florida; son, Gary Dyer of Spanish Fort, Alabama; his two sisters, Louise (Lawrence) Newman of Kirksville, Missouri and Elizabeth Tarpein of Columbia, Missouri; and brother, Albert (Martha) Dyer of Green Castle, Missouri; along with several grandchildren, nieces, nephews, and many, many friends that all adored their fun loving Papa Dyer.

Services to be announced at a later date in Greentop, Missouri by the family.

The Dyer Family wishes to thank and recognize the staff at Covenant Care Hospice, Ascension Sacred Heart, and their Cancer Center, especially Dr. Eldawy and Sherry Crosby, for all of their excellent care and comfort provided to him during the past year.