To share your memory on the wall of Mark Carpenter, sign in using one of the following options:

Mark Carpenter at the age of 59 passed away in a pedestrian vs. motor vehicle accident on December 30, 2020 in Pensacola, Florida. He was born in Oktibbeha County Starkville Mississippi on April 12, 1961 ... Read More
Mark Carpenter
1961 - 2020

Mark Carpenter at the age of 59 passed away in a pedestrian vs. motor vehicle accident on December 30, 2020 in Pensacola, Florida. He was born in Oktibbeha County Starkville Mississippi on April 12, 1961 to his parents David Cresswell Carpenter and Olga Ann Thompson Carpenter. Mark lived his primary years in Clinton, Mississippi with his mother and stepfather. Growing up young, wild, and free, Mark and his older brother Tommy Carpenter eventually came to Pensacola to live near their father. The boys found a whole new family awaited them here and developed bonds that lasted a lifetime. Mark worked as a surveyor and traveled extensively across the USA. He enjoyed traveling, exploring new places, fishing, and spending time at Pensacola beach. Mark had accepted Christ into his life and like many of us, wrestled daily with the failures of the past but he always maintained a hopeful outlook that things were going to get better any minute now. He enjoyed socializing and had a heart for the local homeless community. Mark had spent some of his time being homeless and shared stories and experiences of the people he met and their effect on him. He made friendships that would last.
He was preceded in death by his father, stepfather, and mother.
Mark is survived by two sisters, his stepmother, one brother, six nephews, two nieces, and one son.
Read Less

To plant a memorial tree in honor of Mark Carpenter, please visit our Heartfelt Sympathies Store.

Receive notifications about information and event scheduling for Mark

There are no events scheduled. You can still show your support by sending flowers directly to the family, or planting a memorial tree in memory of Mark Carpenter.
Plant a Tree

We encourage you to share your most beloved memories of Mark here, so that the family and other loved ones can always see it. You can upload cherished photographs, or share your favorite stories, and can even comment on those shared by others.

Plant a Tree in Memory of Mark
Plant a tree 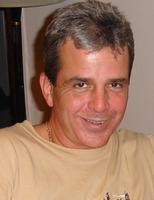 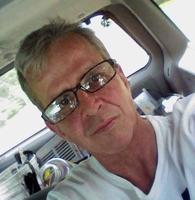 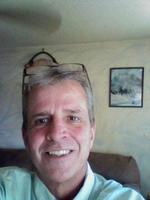