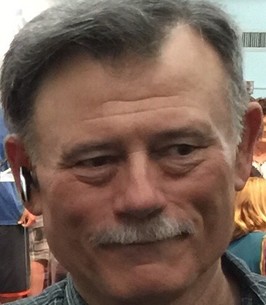 On May 25th, 2022, the angels in heaven celebrated a glorious homecoming for Mr. Steven Paul Fast, Sr. He was born in Los Angeles, CA, on February 4th, 1950, to his parents, Hugh and Hattie Jean McArthur Fast.
Steven joined the United States Marine Corp. in 1968 and was very proud to serve our country. He had a kiss of hearts with Leone in middle school and married his sweetheart on June 9th, 1972, during a 3-day leave. Steven was strong, protective, and a proud father of 4 children, until 2007 when he chose to open his heart again and adopt 2 children.
He was a man of simple pleasure that believed in God, Family, and his Country in that order. Steven often said, “I pray when you see me, you see only Jesus.”
He was devoted to IN HIS GRIP ministry for the last 2 and a half years. He was blessed to know his life was used to lead, influence, and develop Godly characters into those he met.
Steven was preceded in death by his parents, and his sibling, David and Audra.
He is survived by his wife who held his hand for going on 50 years; Leone; his children, Jacqueline (Marcel), Steven Jr. (Susan), Solomon, Judah, Joy, and Simon; grandchildren, Brandon (Christine), Randall, Jacob, Samuel, Virginia, Zipporah, Lillian, Alyssa, and Austin; great grandchildren, Nataliee, Rani, Solomon, Rylee, Emilee, Alice, and Ava; father-in-law, Johnny Johnson; and other family and friends who will miss him greatly.
The family ask that you join them to Celebrate Steven Paul Fast, Sr., on Saturday, July 30th, 2022, at New Testament Fellowship, at 11:00 a.m.