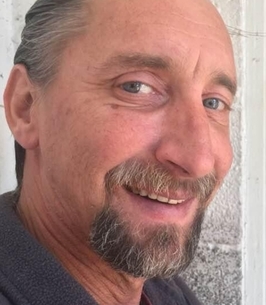 Todd Allen Marzke, 53, passed away at his home on the morning of October 2, 2022, in Pensacola, Florida. He was born in Monticello, Indiana to Ronald and Evelyn Marzke on January 3, 1969. Todd received his education from North White Jr/Sr High School where he graduated with the class of 1987. He was a member of St James Lutheran Church in Reynolds, Indiana.
While growing up in the small town of Monon, Indiana, Todd started working at various auto mechanic shops and developed a passion for working on old model cars. He eventually started his career being a former truck driver. After marrying Audra Marzke in May of 1989 and having kids, Todd dedicated his life to raising their kids.
Todd is preceded in death by his father, Ronald Marzke.
Todd is survived by his wife; Audra Marzke, Children: Tabitha Marzke, Alyssa Marzke, Craig Marzke and Douglas Marzke. Mother; Evelyn Marzke; brother Carl Marzke, sister; Angela Hendress (Nathan); Grandchildren, Sophie Marzke, Kamen Marzke, Aavah Marzke, Jason Timmons, and Weston Timmons; and a host of relatives and friends.
The one time he didn’t want to listen to us, and he needed to. We all know how stubborn and hardheaded Todd was, he just had to be the one to leave us and reunite with Grandpa Marzke first. Todd was known for how caring, giving, and sarcastic he was. He would try to do his best to always make sure other people were happy before him. He always tried to make it a point to make his routine wake up phone calls every morning, even if it were 3 or 4 or 5 am. He would call and if you did not answer, you can always count on a voicemail telling you, you better call him back. When Todd wasn’t on the phone talking with family or friends, he was a devoted husband, father, son, and grandpa.
“I, Alyssa, know we all will miss him whole heartly especially his sarcasm, his charm, and his sense of humor; however, we all know we can count on his ornery ways to watch over us and keep us in line. Mom says that when she sees you, you’re getting your butt kicked. We miss you so much and you are loved beyond words and sentences can form.”
The service for Todd Marzke will be held on Friday, October 7, 2022, at Trahan Family Funeral Home on 60 Industrial boulevard in Pensacola, Florida. Visitation will be from 12:00 p.m.- 3pm followed with the service.