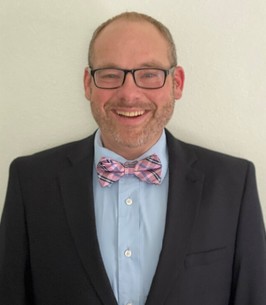 William was born December 5, 1975, in Pensacola, FL. He graduated from Escambia High School in 1994. After High School, he joined the Independent Color Guard ‘Paradigm’. He met many life-long friends and colleagues during this time. He went on to be an instructor for different color guards in the Gulf Coast area. After his time as a Color Guard Instructor, William began his career at Navy Federal Credit Union.

William was proceeded in death by his father William Blocker Jr. and sister, Kimberly Woodcock.

He is survived by his three children, Austin Blocker, Anthony Blocker, and Haleigh Blocker, along with his mother, Donna Blocker and sister, April Hammond. William had many nieces and nephews of which he cared deeply for.

William touched many people lives with his outgoing personality and sense of humor unlike any other. The Family invites anyone who would like to pay their respects to join us in remembering him on Sunday, July 24, 2022, at 5:00 p.m. at Trahan Family Funeral Home, located at 60 Industrial Blvd, Pensacola, FL, 32503.