To share your memory on the wall of Hollis Hancock, sign in using one of the following options:

Command Sergeant Major (Ret) Hollis Ovin Hancock, 83, a resident of Pensacola, Florida passed away peacefully surrounded by family at Covenant Hospice/West Florida Hospital. He was reunited with the love of his life of 65 years, Patricia Ann Hancock, in Heaven on February 25, 2021. He was born July 12, 1937 in Greenville, FL to John Dewey Hancock and Addie Bell Cox Hancock.
He grew up in Ocala, FL with brother Lebon Travis Hancock, and sister Wilma Jean (Hancock) Griggs and was a 1955 graduate of Ocala High School, where he lettered in the sport he loved, Baseball. He was a hard-working teenager, holding several part-time jobs to help support his family. He worked in a grocery store as a produce stocker and was immensely proud of his part in working with thoroughbred horses, helping to train them to compete. He often shared that one of the horses he helped train was the 1955 Kentucky Derby winner, Needles.
Immediately after high school, Hollis enlisted in the US Army and after finishing boot camp, he and Patsy Ann were married in August 1955. As active-duty Army, they traveled the world together and raised their family.
Hollis and Pat had four children, Beverly Hancock Richardson (Ken), Hollis O. (Buddy) Hancock, Jr. (Kim), Jeffrey Alan Hancock (Christine – deceased), and Curtis John Hancock (Gayla). They loved each other beyond measure for 65 years before Patsy Ann passed away December 19, 2020.
Hollis served 22 years in the US Army with the Army Security Agency, Intelligence Division, and was a Vietnam veteran, achieving the rank of Command Sergeant Major. His service around the world included tours in Italy, Texas, Korea, Vietnam, Massachusetts (three times) at the ASA Training School, Germany, Okinawa, and Thailand. He was a highly decorated veteran, receiving many meritorious awards during his military career and upon his retirement was also awarded the Legion of Merit, which is awarded by the U.S. Departments of the Army, Navy, Air Force, and Homeland Security. The Legion of Merit medal was authorized by Congress in 1942 to award members of the Armed Forces for exceptionally meritorious conduct and outstanding service.
Aside from his military career, Hollis was an outstanding baseball player, an avid bowler, having bowled many perfect games. Hollis and Pat retired to Pensacola, FL in 1977 where he then worked another 18 years as a Civil Service employee for the US Navy until fully retiring in 1995. Hollis was of the Southern Baptist faith and was also a Mason.
His children, grandchildren, and great-grandchildren were blessed to call him Dad, Grandpa or Poppy. There was no one that loved their family more, and even though he had an illustrious military and civil service career, his real career was his family. Family could count on him to go above and beyond to make sure they had what they needed. He always said that they were more than everything to him! It was important to Hollis and Pat during their years of travel with the military that their children were exposed to every famous landmark and cultural activity possible. They went camping across Europe and saw amazing things and spent weekends swimming off the beaches of Okinawa. He was all in for every one of his children, grandchildren, and great-grandchildren. He and Pat spent many weekends camping in their RV with any other family or grandchildren they could round up, and the grandchildren were treated to trips to Disney World, and lots of other fun places, and their house was open every summer for grandchildren to come and swim and just enjoy life!
He was preceded in death by his parents; spouse of 65 years, Patricia Ann (Howell) Hancock; brother, Lebon Travis Hancock, and daughters-in-law, Christine Hancock and Terry Hancock.
Survivors include daughter, Beverly Hancock Richardson (Ken); sons, Hollis (Buddy) O. Hancock, Jr. (Kim), Jeffrey Alan Hancock, and Curtis John Hancock (Gayla); Grandchildren, Captain Andrew Payne, USAF (Anne), Leah Payne, Miranda Hancock, Ashley Hancock Ammons, Cristyn Hancock Soto (Jon), Chief Petty Officer Daniel Hancock, USN (Lauren), and Delaney Richardson; Great grandchildren, include Ashton Payne, Zack Payne, Emma Payne, Amaya Gilland, Brody Gilland, Talon Parrott, Storie Ammons, Grayson Ammons, Talia Ammons, Tyler Soto, Kyleigh Soto, Landon Soto, and Karter Soto; Sister, Wilma Jean Hancock Griggs (Roy) and numerous nieces and nephews and two special companions, Nugget and Tipper.
The family is planning a full military honors service to be held in the spring at Barrancas National Military Cemetery where Hollis and Pat will be interned together. The family wishes to extend special thanks to West Florida Hospital, the West Florida Hospital Emergency Room staff, Dr. Bailey and Dr. Goldsmith of the West Florida Hospital ICU and the many nurses and others who treated Hollis and the family with compassion and great care. Special thanks also to the staff of Trahan Funeral Home for their assistance during this time of difficulty.
Read Less

Receive notifications about information and event scheduling for Hollis

There are no events scheduled. You can still show your support by sending flowers directly to the family, or planting a memorial tree in memory of Hollis Ovin Hancock.
Plant a Tree

We encourage you to share your most beloved memories of Hollis here, so that the family and other loved ones can always see it. You can upload cherished photographs, or share your favorite stories, and can even comment on those shared by others.

Plant a Tree in Memory of Hollis
Plant a tree 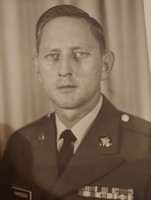