To share your memory on the wall of Shanon French, sign in using one of the following options:

Shanon Lee French was born on May 15th, 1966 and he died on April 12th, 2021 from injuries in an accident. He was born in Eldorado, IL to Allen and Barbara French, and later raised by a Catholic priest near Lafayette, ... Read More
Shanon Lee French

Shanon Lee French was born on May 15th, 1966 and he died on April 12th, 2021 from injuries in an accident. He was born in Eldorado, IL to Allen and Barbara French, and later raised by a Catholic priest near Lafayette, LA who has since passed on, and graduated from St. Thomas More Catholic High School. He attended Louisiana State University (LSU) and earned a master’s degree in Physical Therapy. He then enlisted in the Army in Fort Benning, GA, but had a motorcycle accident and was medically discharged.
He then was married and is survived by his first wife Lisa and daughter Lacey, and his second wife Michelle and son Hunter and daughter Abbey. He also has a half-brother, Michael Shank, that was given for adoption at birth. After practicing physical therapy full time, he still spoke at seminars while also selling Rainbow vacuum cleaners for many years in the Atlanta area. Shanon lived in the states of Illinois, Louisiana, Georgia, Alabama, and Florida.
In 2002 he was involved in a horrible automobile wreck, where he lost a leg, and sustained brain injuries that affected his memory, and since has had 50+ surgeries, including removing his 2nd leg in 2017. He was in and out of hospitals, rehab centers, and nursing homes, as well as in rented apartments and friend’s homes. He had battled drug dependence over the years. In recent months he had cognitive issues, Covid-19, pneumonia, and had just found skin cancer on his back. He had made nearly a full recovery and was almost his ‘old self’ again.
Shanon was easy going, friendly, had a good sense of humor, and appreciated the care given to him. He came into contact with many people at these places, as well as his caregivers, paid and volunteers, who many went the extra mile in caring for him. He enjoyed being with and going out to eat with friends. Many folks have visited him over the years, and they report receiving as much a blessing from him as he did from them. He liked fancy watches, pens, and Ralph Lauren polo shirts and shorts which he wore proudly. His favorite joke was, “I would argue with you, but I don’t have a leg to stand on!”
For the past several years, he always told people about Jesus. He was a member of the Scenic Hills church of Christ in Pensacola, where he attended the assembly for worship whenever he was able, including the Sunday of the accident that ended his life. He spent time studying his bible and listening to good music and sermons on CDs and his phone, even though he would often forget it just a short time later, as it was uplifting and helped him focus on what he said was important: “God and eternity because this earth is fleeting away.”
A memorial service honoring his life will be held at the Scenic Hills Church of Christ in Pensacola (1295 E. Nine Mile Rd.) on May 8th, visitation at 9:30am and service at 10:00.
Read Less

Receive notifications about information and event scheduling for Shanon

We encourage you to share your most beloved memories of Shanon here, so that the family and other loved ones can always see it. You can upload cherished photographs, or share your favorite stories, and can even comment on those shared by others.

Plant a Tree in Memory of Shanon
Plant a tree 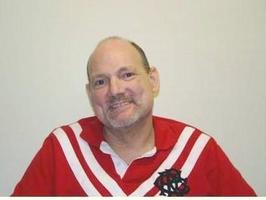